I think the first one is hilarious, but the second and third are very close competitors as well. 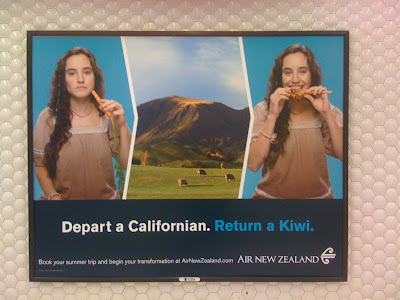 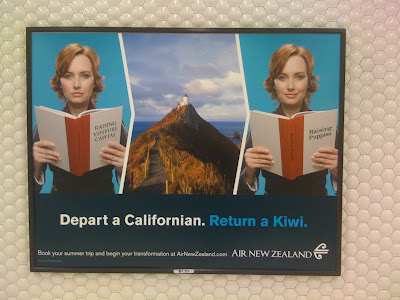 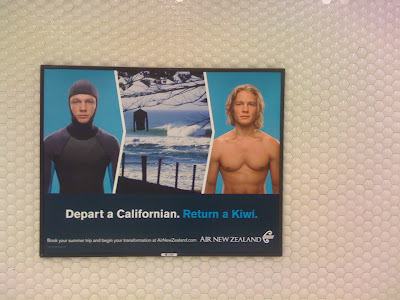 I see a person switching from Burritos to Shawarma (with the Tahini dripping on his shirt).
I see a person buying "fresh, organic" vegetables for $1 a piece and then going for a kilo of tomatoes for $1.
I see a bar closing at 11PM, and a typical Tel-Aviv bar opening at 11PM.

And of course, I see a person marching the pride parade in SF, and doing the same thing in Tel-Aviv...

(This is a long post about my views on an important issue in Israel. I apologize to those who were waiting for my witty post about being MacGyver in SF, or my guide to handling sleazy salesmen. These are yet to come).

‘Tis this time of year in Israel, when the air cools (we wish), autumn shows its signs on the tree leafs, the government decides to increase university tuition and the student unions threaten to strike. Lately, a university strike in an academic year is almost as sure as pita bread in San Francisco being thin and stale.

If you know me, you would know I used to be a firm supporter in raising tuition in Israel. I think what’s going on with university funding is absurd.

As an example, a typical business school professor in Tel-Aviv University’s Recanati school makes roughly NIS 17K a month (roughly $5K for the dollar-inclined), which is two thousand dollars (a month!) less than the typical 28-year old software engineer he teaches on how to stop being an engineer and become a “manager” with an MBA. No wonder Israel is not only a lead exporter of high-tech to the US, but also of leading professors.

Well, like someone who presumes to be able to model and calculate everything, I wanted to show hard evidence that going to university in Israel is cheap. So much cheap, I thought, that even doubling the tuition would still be OK.

I once read a paper article written by some stupid (couldn’t find a better word) student union member that claimed that being a student in Israel costs NIS 100K a year (~$30K). He naturally included rent, food and transportation into the calculation. Not only this, but he also included a new computer. Yes, every year.

To set things clear, rent, food and transportation are not student costs. A person has to live somewhere, eat and go to other places even if he not a student. Only tuition, book costs and other specific university costs are real expenses…

So I opened a beloved Excel worksheet and started crunching numbers. I was basically trying to see what return (as in interest return on capital invested) does getting a degree in Israel have. This is typically showed using an IRR (Internal Rate of Return) calculation.

What does this have to do with an academic degree?

Well, getting a degree has two parts:

Now, suppose you took a loan and decided to invest it. You could invest it in the stock market and get 8%-9% a year on average, or you could go to school, spend 3+ years there and get the investment back through the salary increase.

This means that the increase in salary of an undergrad in Israel should result in an IRR of at least 9% to make it worthwhile to go studying.

But lo and behold, it doesn’t.

Here’s a table that summarizes 4 types of people: Aya, Boaz, Carmit and David.

I once asked a Danish friend why the Danish government pays the full tuition + living expenses for 6 years of study in Denmark. The answer, which quite surprised me, was:

It sounded strange at the time, but given the numbers above, it makes some sort of sense.

Something is clearly rotten, but not in the Kingdom of Denmark.

It's been a month and 10 days since I moved to the bay area.

1. I finished my first Math class, which is nicknamed "Math Camp" at the Economics department. Having 4 hours of math a day and a problem set every 3 days to submit took me back 10 years in memory. Met lots of new students, and saw what a professor in the US is like.

2. Met all sorts of new PhD friends. A Chilean, German, Briton, New-Yorker, Canadian and Californian. Hadn't it been so much fun with these guys, it could have made a good line to start a joke with.

3. Lived in a summer dorm for a month, having Berkeley's "Greek Theater" (the local concert venue) next door. Got to me listen to a Dolly Parton concert for free. Not that I had any other chance. Got to realize the finer differences between a male and a female dorm.

4. Have been trying all of the coffee shops I could find. Still working on finding good coffee, but I am getting there. This will require a specific post...

5. Played the "bureaucracy game" for almost a month now, and haven't got 50% through yet. I have so many plastic cards and accounts already, I can't even remember where to use what and why. The system is working here! The only problem is that most of the times you're not sure whether it's working for you, against you, or is just oblivious of you.

6. Went apartment hunting in San Francisco. This has been crazy. Tel-Aviv is nothing compared to here in terms of how they invade your privacy to make sure you exist and are honest.

7. Found a lovely apartment, with a magnificent property manager, great location and a lot of carpeting I now have to understand how to clean.

8. Racheli (yeah!) visited for a week, and we both developed a love/hate relationship with Ikea. I am still building stuff, and it's been two weeks already.

9. I am slowly finding out about funny rules Americana think are logical. Like having mailboxes without any openings in them, so you won't be able to put mail inside, or not being allowed to use air-conditioning even if the room reaches 40 degrees (Celsius).

10. And, I opened this blog. It's my first attempt at writing, almost ever. If it bores you, tough luck...I truly believe that when you are new to the US, you discover all the points where the system either malfunctions, or just doesn't even apply to you.

I bet there’s someone here in California called Simon who has the best job on earth – he gets to print out signs with stupid rules that everyone has to adhere to, but no one is sure why.
Instead of playing Simon Says, he just laughs in his small office and prints a sign saying “House rules mandate that anyone who laughs in his office between 2PM and 4PM should legally change their name to Duchess Panda”.

People here are crazy about rules. They adore them. But more than that – they treat them as the pure word of god (what we would call in Hebrew “Torah from Sinai”) if they're printed on paper, preferably laminated and posted on a well.

The “Mehadrin” have these little rules engraved on a nice piece of wood, and put them on their desk.

I went with some friends (cheers Arden and Guy!) to view an apartment in a nice building in San Francisco. The sales woman was very nice, very efficient, very knowledgeable and answered all the strange questions I had to ask.

On our way to go up to see the apartment in mind, she asked me for my ID. As a good Israeli, my immediate response was “why do you need to see my ID”?
It was like I had hit her with a hammer on her head. She was speechless. You could tell something was wrong by the angry look she gave me, and the formal tone she changed to.

After a short pause (and without any words really), she turned back and brought out a small piece of engraved wood saying something like “It’s company policy that all apartment viewers will be identified with an ID prior to the viewing”.

Without mincing words, I said: “I understand it is company policy, but why?”
It almost drove her nuts, apparently, so I gave up, and showed her my ID.

Eventually, I came to the conclusion an ID is just printed words on laminated paper. It’s another joke from Simon and his friends.

Like any rule that doesn’t exist unless it’s laminated, you don’t exist as well, unless someone laminated you.

Baron Munchhausen, I’m told, pulled himself out of a hole in the ground by his own bootstraps.

Pulling your own weight out of thin air sounds easy compared to moving to the US. That is, if you filled out the correct form required to pull yourself out of a hole, notified the neighbors, and made sure the California civil code doesn’t require you to use eco-friendly bootstraps.

Otherwise, well, you’re in a lot of trouble.

In case you don’t know me, I recently moved to the San Francisco bay area to pursue a PhD at UC Berkeley. Having arrived from Israel, several friends asked me for an update of how my move was going along. After trying to write e-mails and talk for a while, I decided to just open a blog.

We’ll see how it goes.

Why English do you ask?

Although Hebrew is widely spoken in California (otherwise, why the hell can I take the DMV test in Hebrew?), hopefully some other people will find this interesting.

A word of disclaimer – Any sarcasm or political incorrectness is done without any pun intended and isn’t an attempt to hurt anyone. It isn’t even criticism. It’s just a matter of making life funny, or making fun of life.

And besides, passing criticism is what I do best. Everyone has to excel in what he does best, isn’t it so?